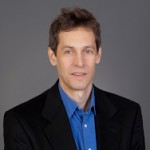 Damon has over twenty years of experience in the computer gaming industry. He first began designing games as a high-school student in 1977. By 1981, Damon had successfully created his first computer game, Stellar 7 for the Apple II. This lead quickly to the formation of his company, Dynamix, which he co-founded in 1983. Dynamix flourished and was considered one of the most innovative game studios of its time releasing hundreds of award winning titles, and was perhaps best known for its series of historic flight simulations first launched by Damon with his game, Red Baron. Red Baron was later inducted into The Computer Gaming World Hall of Fame, as the 4th best computer game of all time.

In 1989, Sierra purchased Dynamix, and it quickly became Sierra’s most profitable revenue center. After taking some years off to further his education as well as to gain a pilot’s license, Damon returned to the gaming industry in 2007, when he founded Mad Otter Games. Mad Otter released Aces of Aces in 2008, followed by Villagers and Heroes in 2011, the MMORPG which has grown from a player base of twenty people to over 20,000 people and continues to rapidly bring in new players from around the globe on a daily basis.

Building Arcticfox on a black-box pre-release Amiga. The keyboard was made of wood, spray-painted black!

Ivar joined Mad Otter in late 2014 and has since been responsible for a wide variety of Villagers & Heroes content. Ivar has worked with most aspects of game development including artwork, programming and design. He mainly enjoys the game medium for its potential to convey stories and worlds in new, immersive ways – and views immersion and atmosphere as the key aspects of creating games. Ivar has been studying game art at several Swedish universities, and has been independently involved in game development long before that. In his spare time Ivar enjoys PC gaming and nature walks.

Sarah joined Mad Otter in 2013. She comes from the indie film world, where she has spent the past ten years writing a number of award winning screenplays, including ‘The Rhythm of Chaos,’ ‘The Punishing Business’, and an adaptation of Michael Dorris’ bestselling novel, ‘A Yellow Raft In Blue Water’ to name just a few. Sarah currently writes the game lore and quests for Villagers and Heroes, and assists in community management.

Sarah enjoys the similarities between indie games and indie film, and especially appreciates the creative energy and team collaboration inherent in both.